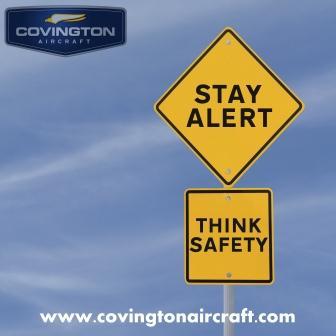 In addition to pilot safety factors affecting flight operations, there are additional considerations regarding system operations of an airplane. System operations include restraint systems, fuel system operation and contamination possibilities, the operation of auxiliary fuel tanks, instrument power, alternate air systems, carbon monoxide, and turbochargers. In addition, pilots must understand what to do in emergency situations, such as in-flight fires or the opening of the plane’s doors while in flight.

As pilots gain experience, one area of pilot safety where they often become complacent is in the use of seat restraints throughout the flight. Injuries are often reported due to cabin occupants not being properly restrained, especially during turbulence. Not only could this cause injury to pilots, but it could also result in the loss of aircraft control. In addition to posing a threat to the cabin crew, failure of passengers to continue wearing seat restraints may result in injury during rough periods of flight, making it critical that part of every pilot safety process should include proper seat restraint for all passengers and crew throughout the flight. Pilots should be sure that cabin crew seats are on the seat tracks and in locked position. It is also important to check any aft seats in the aircraft to be sure that the seat stop pins are engaged before takeoff and landing.

It is the pilot’s responsibility to ensure the aircraft is properly serviced prior to each flight. This includes ensuring that the quantity of fuel is adequate, that proper fuel system checks are complete, and that fuel in the tank has been properly sampled. In addition, it is a critical part of pilot safety to be sure that the fuel cap is secure to avoid fuel syphoning during flight, which could interfere with the operation of the fuel quantity indicator. An understanding of fuel pump operation is another factor that must be included in pilot safety. Understanding the operation of the auxiliary fuel pump, the risks of excessive fuel vapor, and the differences between the fuel pump operations of carbureted engines, TCM fuel injected engines, precision/Bendix fuel injected engines, centerline thrust twins, and multi-engine planes is important.

Several areas of instrument air power can affect pilot safety. They include:

Many pilot safety recommendations are designed to prevent in-flight fires, which must be controlled as quickly as possible. It is critical that a pilot not become so distracted by an in-flight fire that control of the airplane is lost. Another in-flight emergency that can greatly affect pilot safety is the opening of doors in-flight. In the case of an accidental door opening during flight, it is critical the pilot remains calm and undistracted by the shock of a sudden loud noise or increase in noise level, as this can result in loss of control of the aircraft.

All of these pilot safety features are critical to safe flight for passengers, the crew and the aircraft itself. In addition to these important safety checks, the pilot must be familiar with carburetor heat and induction icing, alternate air for fuel injected engine icing, the possibility of carbon monoxide contamination in the aircraft, and the operation of turbochargers if they are present. For more information on pilot safety, visit us at www.covingtonaircraft.com. Follow us on LinkedIn and Twitter to stay up to date on the latest aviation news.