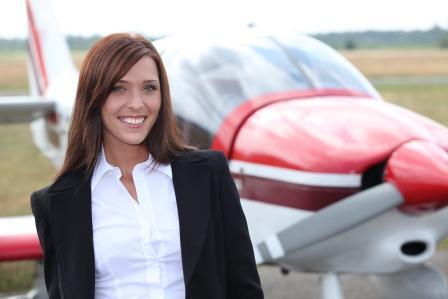 Sometimes it’s difficult for pilots to fully understand the Federal Aviation Administration (FAA) rules dealing with pilot safety. Pilots are often confused about the requirements for logging hours, which also falls under pilot safety. However, there are some simple tips to follow to keep the passengers, crew and aircraft safe.

The Pilot in Command

According to the FAA, the pilot in command (PIC) has final authority and responsibility for the operation of the flight and pilot safety. In addition, the pilot in command must hold the appropriate category, class and type rating that permits him to conduct the flight. Pilots in command are directly responsible for the operation of the aircraft, and, during an in-flight emergency, may deviate from FAA rules to the extent necessary to meet that emergency. However, a written report of the deviation must be provided to the FAA to confirm proper pilot safety procedures were followed.

The FAA states that “no person may operate a civil aircraft in simulated instrument flight” unless the other control seat is occupied by a safety pilot that possesses at least a private pilot certificate. The safety pilot’s certificate must be for the category and class ratings appropriate for that aircraft. In addition, the safety pilot must have adequate vision forward and to each side of the aircraft. In most cases, the aircraft must be equipped with fully functioning dual controls, although there are exceptions to this pilot safety requirement. These exceptions include a determination by the safety pilot that the flight can be conducted safely and that the person manipulating the controls has the proper private pilot certificate.

There are requirements for logging PIC hours during flight. The pilot in command must be the sole manipulator of the controls, be the sole occupant of the aircraft or be acting as pilot in command of an aircraft on which more than one pilot with similar certifications is on board. In a case where two pilots with similar certifications are flying together, one may fly the outbound flight, while the other flies the inbound flight. In such cases, one pilot acts as the safety pilot on one flight, while the roles are reversed on the second. The pilot who is not flying under instruments may log PIC time, but not cross country time. Both pilots may log Total Flight Time and SEL time equal to the PIC time. Important facts to consider are:

When flying under the hood, a pilot must write the name of the safety pilot in their logbook. It is also good practice to do the same when acting as a safety pilot for someone else.

For more information on pilot safety, visit us at www.covingtonaircraft.com. Follow us on LinkedIn and Twitter to stay up to date on the latest aviation news.