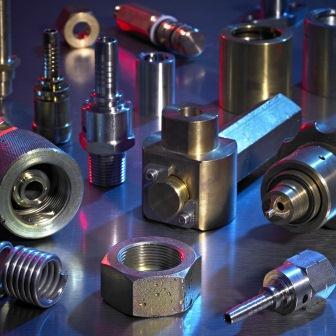 All reclaimed aircraft engine parts must be inspected and tagged with an FAA 8130 dual release tag indicating that the overhauled or repaired part meets the requirements of the Federal Aviation Administration (FAA) and the European Aviation Safety Agency (EASA).  In all cases, the parts are inspected before being overhauled or repaired, and then re-inspected after servicing.  Only after they have been tagged as acceptable can they be returned to inventory.

Aircraft engine parts are made of rare metals that are becoming increasingly more difficult to find, which is causing the cost of new engine parts to rise considerably.  During major engine inspections, many of the parts that are replaced can be refurbished and reused.  In addition, because reclaimed aircraft engine parts cost less, older engines can remain in service longer, increasing aircraft life.

Metal alloys such titanium, Hastelloy, Waspaloy and Inconel can withstand the high heat generated by aircraft engines, but these metals are extremely rare.  By using reclaimed aircraft engine parts, companies reintroduce these valuable metals back into service, so metals are not removed from the earth.  In many cases, minimal machining or chemical applications are necessary to return these parts to service in another aircraft engine, further reducing the environmental impact.

Proper maintenance of your aircraft engine parts will ensure that you will be flying high for a long time. Join us on Facebook and let us know all about your flying adventures.